LIFE OF A GREAT REALIZER 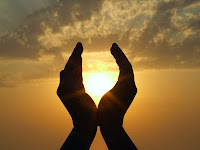 In the modern history of India, Bhagavan Ramana Maharishi is recognized as one of the greatest spiritual masters who inspired and continues to inspire millions of seekers all over the world. His teachings are very simple, yet profound. When a student goes to a master, the teacher gives Upadesa. Depending on the preparedness of the student, a different Upadesa is given. The teachings of Bhagavan are summarized in a text called Upadesa Saram. Upadesa Saram literally means the essence of all Upadesa or spiritual advice.

It is common practice that whenever we study any scriptural text, we not only study the
text but also try to understand the author. For example, when we study the Bhagavad
Gita, we also learn about Bhagavan Shri Krishna. In this way we come to know that His
life embodied His teachings in its entirety. Just as we come to understand the author
through his teachings, knowing about the life of the author helps us comprehend his
teachings.

Bhagavan was born on Dec 30, 1879 in a town called Tiruchuzhi in the Ramnad district
of Tamil Nadu. It was the auspicious day of Ardra Darsanam, a festival day for Lord
Shiva. He was born to Alagamma and Sri Sundaram Ayyar, a lawyer by profession.
He was given the name Venkataraman. He was an ordinary child who enjoyed good
health. One aspect that is noteworthy is that He used to sleep like a log totally oblivious
to everything around Him. I am sure many of us can relate to this. But His sleep was so
deep that his friends would play some mischief like moving Him physically to another
location without waking Him up. Some people believe that He was in samadhi during
these times.

Having lost his father at a young age, Venkataraman and His older brother moved to
Madurai to stay with their uncle. Madurai, as we all know, is the city of the famous
Meenakshi temple. His life was spent in studies till age sixteen. Other than the fact
that He displayed an excellent memory, there was nothing extraordinary about His
scholastic abilities. He had the opportunity to read Sekkizhar’s Periyapuranam-----a
devotional treatise describing the lives of several Shaivite Saints. The extraordinary
devotion of these saints touched Him very deeply. Some of these saints had composed
hymns to Sri Arunachala, considered to be an embodiment of Lord Shiva. The name
Arunachala evoked great reverence in young Venkataraman. In 1895, a relative visited
them and when asked where he was coming from, he replied, ‘Arunachala’. The name
brought a thrill to Venkataraman. Until then, he had not known that there was actually
a place called Arunachala. So, he asked, ‘Where is it?’ The relative was surprised at his
ignorance and replied, ‘What! Don’t you know Tiruvannamalai? That is Arunachala’.
Unwittingly, this had left a deep impression in the child with a desire to visit Arunachala.

Arunachala is considered to be the Kailasa of the South. The whole mountain is looked
upon as the form of Lord Shiva. In the evening of the full moon day of the month
of Kartika, a great lamp is lit on the highest peak of the mountain, and thousands of
devotees visit it that day to perform Giripradakshina. Venkataraman looked upon
Arunachala as the divine Father.

Once Venkataraman was sitting in a room on the first floor of His uncle’s house.
Although there was nothing wrong with His health, a sudden violent fear of death
overtook Him. There was no reason for such a fear to occur nor did Venkataraman try
to find any reason for it. He just felt, ‘I am going to die.’ The shock of the fear of death
drove His mind inward and He, as though said to Himself mentally, without actually
framing the words, ‘Now death has come. What does it mean? What is it that is dying?
The body dies.’ He dramatized the experience of death. He imitated a corpse. He lay
there with his limbs stretched out stiff, held his breath and shut his lips tight so that no
sound could emerge. He then said to Himself, ‘Now this body is dead. It will be carried
still to the cemetery, burnt there and reduced to ashes. But am I dead with the death of
the body? Is the body “I”? The body is motionless and inert but I feel the full force of
my existence. I feel the voice of “I” within me, apart from the body. So I am the Spirit
distinct from the body. The body dies but the Spirit that transcends it cannot be touched
by death. That means that I am the deathless Spirit.”

Bhagavan Himself described this experience later on and added, ‘All this was not dull
thought; it flashed through me vividly as living truth which I received directly without
any thought-process.’ From that moment onwards, the “I” became the focus of attention
in Venkataraman’s life. The fear of death vanished once and for all. For him the past or
the future did not carry much meaning. Everything was in the ‘NOW’.

For a few weeks after this experience, he remained with His family, leading outwardly
the life of a schoolboy although all other values had lost meaning for Him. He no longer
cared what he ate, accepting with like indifference whatever was offered. Now He started
regularly visiting the Meenakshi temple and praying before the Lord, with tears in His
eyes, to grant Him unswerving devotion. As far as possible, Venkataraman conformed
to the norms of the life-style of a school-going boy, but His elders saw in Him a lack of
interest in studies and other household activities. The reprimands from the elders did not
change him. Venkataraman’s indifference and the elders’ resentment reached a climax on
August 29, 1896. Venkataraman was writing an imposition from English grammar and
the work was disgusting to Him. He bundled up the book and tossed it across the room,
closed His eyes and started meditating. The elder brother who was in the same room
watched Him in silence for a while and then broke out with a rebuke, ‘What business
does a fellow have here when He behaves like this?’ The rebuke struck home. ‘True’,
thought Venkataraman. ‘I have no business here. I will leave home, relations and
everything for good.’

What He remembered then was Arunachala. He made up his mind to go away to
Tiruvannamalai. He took three rupees out of the money given to Him to pay his brother’s
school fees and took a train northward, leaving behind a note which ran as follows: ‘I
am going to seek my Father by His command. As the purpose is meritorious, no sorrow
need be felt for the absence of this and no money need be wasted in searching for this.’
The note was unsigned. Venkataraman found His funds insufficient to cover the entire
journey. He alighted the train at a station in between, walked a distance of ten miles,
pledged the only ornament He wore, a pair of golden earrings, and again took a train
to Tiruvannamalai. As soon as He reached that place, He proceeded straight to the
temple of Arunachala, entered the sanctum and offered himself to the Lord with these

words, ‘Father, by Your command have I come here before You.’

He came out of the temple, got His head shaved, threw His clothes, remaining money and
His sacred thread in the holy pond outside the temple. He went to the thousand pillared
mandapam in the temple and started doing japa. Venkataraman reached Tiruvannamalai
on Sept 1, 1896, and from then, till the day of His maha samadhi, April 14, 1950, he
remained there for fifty-four years. He observed total silence for the first eleven years as
He moved from the temple to caves in Arunachala mountain, a mango grove, a saint’s
tomb etc. This young ascetic attracted the attention of devotees and sadhus alike. People
used to bring food for Him. During the years of silence, He came to be called by different
names, Bala sannyasi, Bala Yogi, Brahmana Swami etc.

There is an interesting incident that describes how this young swami broke His silence.
In 1907, the acclaimed poet-scholar, Ganapati Muni came to Sri Ramana for darshan.
He came running and prostrated at the feet of Sri Ramana, who was sitting alone outside
a cave. Ganapati Muni said in a choking voice, ‘I have read whatever there is to read.
I have done a lot of japa. But till today, I have not understood the real meaning of the
word tapas or spiritual practice. O Lord, I submit myself to your guidance.’ Sri Ramana
looked at the Muni for fifteen minutes and then broke the silence of eleven years with
these words: ‘Enquire into the very source from where the aham, the I-notion, arises. The
mind will abide there. That indeed is the real tapas.’ ‘While chanting the mantra if you
focus your attention on where the sound emerges from, the mind will get absorbed. That
is tapas.’

These proved to be the words of great blessing for the Muni. His doubts got resolved.
The Muni discovered that the original name of the Brahmana swami was Venkataraman.
He gathered everyone and said to them, ‘Brahmana swami is a seer. We shall call him
Ramana Maharishi from now on.’ Since then, Sri Ramana was known as Ramana
Maharishi.

After having lived in various caves etc., Maharishi finally moved to the foot of the hill.
His mother came to reside with Him. An ashram grew up around Maharishi. A number
of scholars used to come to Maharishi. Ganapati Muni was the most prominent of them.
Another was Sri Jagadishwara Sastri; a great scholar of Vedanta. He lived with Maharishi
for 25 years and gave discourses to people on the Upanishads etc. Maharishi would sit
and listen. He confirmed what was said in the scriptures. He also wrote a few original
Tamil poems in praise of Arunachala and other works. There are several works written
about Maharishi, like Day by day with Bhagavan, Talks with Ramana Maharishi etc.

Sri Ramana was a simple, free, person; He loved animals around, especially the cows of
the Ashram. He was engaged in all sorts of activities around the Ashram like cooking,
cutting vegetables, cleaning etc. It was easy for everybody to relate to Him; there was no
need for scholarship. He had a great sense of humor; it was always a joy to be with Him.

Generally He would sit in a hall in silence and talk very little. People would come and sit;
there wouldn’t be much talk. He used to instruct people through silence. ‘Summa iru’
(remain silent), He would say; or ‘Vanda Vazhiye Po’ (go back from where you came).

Other instructions were given depending on the preparedness of the student. Maharishi’s
teachings were very simple and based on His own experiences and understanding. He
mainly advocated two paths, one of self-enquiry and the other of surrender. May we seek
the blessings of the great Master.
Posted by a quarterly spiritual e-magazine. at 3:53 PM