Life’s teachings from a true REALISER 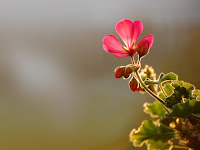 Even though this is a well known Native American maxim, my Master has always
encouraged us to live life along those lines. His teachings have evolved around knowing one's true self and the need to look inwards in our pursuit of God. In this sequel I am going to share a very recent experience with you all on how a common believer like me experienced this awareness (which I consider to be a miracle).

Generally speaking I consider myself to be by any sense of imagination, a mediocre
performer in all spheres of life. Given the level of competency I associate with myself, taking on the task of arranging the first ever programme based on His
teachings of I-Reality anywhere outside India was not only a dream, but also a very
humbling and overwhelming experience.

Going back a few years (to sometimes in 2008) - during a discussion with Our Beloved Master Sri Sri Babathakur, I had brought up my wish to be able to arrange a programme in Canada similar to the ones held in Kolkata, India. His instant reaction was, “have you thought it all through properly?" I replied with a shaky “yes”. He asked me to start working on it and to keep Him informed on the progress.

It required a lot of preparation and work to get to the point when I could go back to Him with some updates. Then after seeking His blessings, we started off with all the detailed preparations immediately. However somehow the programme scheduled for the summer of 2009 did not happen. I was of course very heartbroken and went back to Him for His guidance.

The essence of His guidance was that I need to tap into my own self, be more confident in my actions, and create the path for the Almighty to play within. After listening to Him the only conclusion I could come to was to work with an attitude of ‘total surrender’, accept whatever happens and not get influenced by any negativity. He would always say, “Life is a sportsful, dramatic, same side game of self consciousness”, and I was blessed to be able to experience this in my own way on 25th June this year.

That was a very important day, being the day of our main programme. Artists, members, friends and followers were all there from India, USA, and Luxembourg and locally here from Canada. There were approx 220 guests who were being introduced for the first time to His teachings, self revealed divine songs (bhajans) and dances, while I remember seeing myself standing there simply watching the miracle unfold. The Divine presence was surely felt as the programme went on without a single problem. Originally scheduled for three and a half hours, it actually ended after four and a half hours - but none complained.

While the majority of them stayed on till the very end (except for a few handfuls of them who had to leave earlier), the artists, members and volunteers working behind the scene never for once showed any signs of exhaustion and performed their duties to perfection.
For me this was an experience of witnessing The Divine at play, He taught me how we
can experience the many miracles in our life of knowing our own hidden abilities only
by entrusting our unconditional faith at the Lotus feet of a real Guru (Master). I have not only learnt so many things, but more importantly experienced a kind of happiness which I have no words to describe.

I would like to end today with a quote from Him, “Self Awareness is the Nectar of
Wisdom”