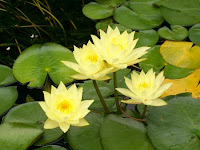 ‘You are in the eternity and THE ETERNITY IS IN YOU’. I heard the clear voice,
the misucal vibration of a human voice, very rhythmic and poetic. I am alone in this house,
located in Mahisila – a locality of Asansol – in Burdwan district of West Bengal. I have
occupied this house since September 2006, a sprawling house with three rooms, a meditation
space where I have kept the images of Tara Maa of Tarapathi, Devi Durga and Pawan
Nandan Hanumanji who is the great devotee of Lord Rama as per the epic Ramayana. In
addition, there is a picture of Radha and Krishna – a very lively image. I practise meditation
here. I maintain a small library in this house, with mostly books on the English literature.

Today I have returned from Kolkata; as I returned home from work and entered the house, I perceived an effulgent halo and developed an urge for meditation. No sooner had I sat down for mediation, that I heard a voice and my mind indescribably filled with joy as I perceived a divine presence! I saw the presence of a HUMAN FORM in white apparel – placid contours of a Rishi – as He smiled and said, “Today is My turn to give you company to this course. Yesterday, while in Kolkata, you read Dante’s ‘Paradiso’. But that’s an incomplete picture. I shall help you in experiencing the DIVINE JOURNEY to encounter directly the heart of HIRANYA GARBHA, out of
which came the CREATIVE REVELATION of SPACE and TIME.”

I did my obeisance, and the spirit of the house (with which I have gotten acquainted over the last several months - and that assumes the form of a bird) helped me in the process of meditation. He urged me to call him PAKHI (a very illuminating SUN-like effulgent being] and told me that the Mahatma is Sri Sri Baba Thakur.

Hearing His name I was overwhelmed, because I was merely acquainted with Him through my sister-in-law CHINUDI of New Delhi, who happened to visit Kolkata years back
just to see Baba Thakur. I had no specific opinion of Him and I never ever considered meeting Him. But it was quite puzzling for me, for His presence overwhelmed me with DIVINE AURA. My entire existence was steeped in ecstatic exuberance and Sri Sri Baba Thakur merely grinned at me in a divine manner.

“Presently our journey shall start. Before that let me tell you of our physical reality.
Just as Quantum Mechanics puts all elementary particles as either FERMIONS or BOSONS,
and this is very important in understanding physical systems such as lasers, metals and superconductors (electrons are fermions; photons are bosons), similarly, the direct
manifestation of divinity is Hirangarbha – which then assumes various forms – as you shall
see.”

He told me many more things which my understanding failed to grasp. Then He came
closer and merely touched me. I found myself in a great whirlpool, under tremendous speed which is beyond comprehension in the physical plane (and beyond word-power to describe). Sri Sri Babathakurstayed very close to me during the entire process. I saw millions of galaxies with varied planetary bodies in various resplendent colours and high illumination, heavenly bodies with incomprehensible dimensions. All along I heard various musical emanations which Sri Sri Babathakur urged me to specifically note. In that course, I came across various angelic forms mostly in dancing poses; however that encounter was so evanescent, I do not remember much of the experience. Then, we came to the boundary line of a certain limitless effulgent halo, and Sri Sri Babathakur compassionately smiled at me and said, NEXT IS THE ARENA of BRAHMALOK where you are not permitted. Now, we have to go back. The joy of this journey is unfathomable, diving to the core of ecstatic revelation or the sea of DIVINITY.

But while returning, Sri Sri Babathakur made me see the Zone of Dark Halo – the creative
fluxes or the ‘Anti-matter’ as He said. I then came across a vast reality of flowery domain
and hilly tracts, the speciality of which was the splashing of colours along with the divine
musical stains.

By the time I came to my senses out of meditation, the night was over and the silver
lines of the ecstatic dawn were visible, accompanied by the musical choir of the chirping birds.

Chinudi’s son was getting married, and we had to go to Delhi. Accordingly, I applied for leave and one fine November morning, I along with my family reached Delhi. The marriage was to be solemnised the next day.

After lunch, Chinudi suddenly told me, "Arun, today Sri Sri Babathakur shall deliver a
lecture – would you like to come?" I was startled. ‘It must be the call from the Mahatma’ – I thought. However, I did not disclose my aforementoned experience to her.

In the evening, I accompanied, by my son Arijit went with Chinudi and her son Abhijit,
who happened to be a lecturer in England, to the venue where Sri Sri Babathakur was to deliver
this lecture. Sri Sri Babathakur came on time, and I was thrilled upon seeing the very same personality whom I had encountered in the meditation. Seeing me from the dais, He raised his hands and blessed me. For almost four hours He talked about the purpose of our life and the manifestation of DIVINE GRACE. Before leaving I went close to the dais and He showered me with the same graceful glances, very divine indeed, that I had the pleasure of experiencing in the course of meditation. And last of all, He gave a divine grin.

While returning from Ladakh, we took rest in Delhi for a few days. Chinudi invited us
to the house of one of Sri Sri Babathakur's devotees where some bhajans were to take place.
We went around 11 am; the bhajan had already started. I sat near the door outside, where in
a narrow space lay a cot, below which I found an almost octogenary being in the garb of a
devout dog in trance. In no time, I had a vision of Sri Sri Babathakur, who told me that presently He was very close to me. I understood what He meant. I did my ‘pranam’ to the dog, and to my good luck, the dog responded gracefully. Later on I learnt from the lady of the house that the dog as per their estimation was a good soul.
It was remarkable - after the bhajans were over and the programme declared concluded, the dog left. Before leaving, he stared at me geacefully. I was overwhelmed by seeing DIVINE GRACE in his eyes. Automatically, from my lips came out the words, "JOY BABATHAKUR!"

The Divine halo of Sri Sri Babathakur is a guiding force in life. The mundane cataclysm
disturbs our mind. When I am very much perturbed, I meditate and in no time the grace and
compassion of Sri Sri Babathakur fills my heart, my whole being. Now I understand the meaning
of what Sri Sri Babathakur told me during our first encounter – "you are the eternity …"
Posted by a quarterly spiritual e-magazine. at 3:50 PM