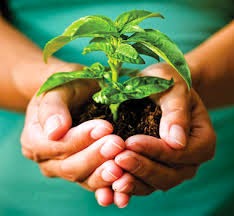 
Reading the newspaper a few days ago, I was reminded of the very wise words of Sri Sri Babathakur concerning social behaviour. He urged us to send out favorable charged vibrations all the time and not to hurt anybody – either through thoughts, words or deeds (notice the sequence as all actions start out with a thought).  He thoroughly explained the inner meaning of the common dictum: ‘What you sow, so you reap’. This adage is just another way to explain the immutable Law of Karma in a Western way although Christians do not believe in reincarnation.

Living in a society with innumerable written and unwritten rules and regulations (not to forget superstitions), we learn from an early age to observe rules of behavior that are supposed to allow the people around us live in relative harmony.  I consciously use the term ‘relative’ since only the outer aspect of behavior is perceptible to others.  One’s thoughts about observance of societal graces mostly remain unknown to the people with whom we interact socially.  The inner result of consciously practicing positive thoughts – refuting a frustrated or angry mood rooted in the ego - is healthier for oneself and eases tension between the involved persons.  An angry or frustrated person’s heart rate goes up and the blood pressure rises, which again affect the functioning of inner organs and may result in a deadly heart attack or other forms of physical and mental ailments.  I am not advocating the suppression of thoughts here, but instead, the deliberate regulation of the ensuing mind-work.

An effect of practicing the above motto of ‘Fourfold A’ (Accept, Adjust, Accommodate to reach the Absolute) is the remembrance that one’s thoughts and actions inevitably carry some results.  One definitely becomes more forgiving, more mentally and physically adjustable, and more in harmony with one’s environment. Grudges of past happenings will by design, be put on the back-burner of memory and thus won’t disturb one’s daily life. Such relegated memories may serve as teaching tools for what not to do or think in the future. The improved quality kernels imbibed through parents and Gurus are as a consequence of this practice, given a chance to grow unimpeded by negative thoughts and actions.

The ensuing result does not come on its own... conscious practice in positive thinking is needed.  In fact all changes in constructive thought patterns and subsequent actions need conscious awareness that positivity ought to prevail.  I often used the phrase ‘Let us agree to disagree’, which leaves both parties with a calmer mind.  A pleasant side-effect of such a practice is that one’s company becomes more sought after for the soothing effect that the personality emanates... something akin to that emanating from a Sadguru and other saintly personages, although to a less potent degree.  Remembrance of the maxim of Sri Sri Babathakur’s 'Fourfold A' is a rather easy way to achieve much greater harmony in life.  The formula, however, does not indicate that all should be accepted as it appears.  A certain level of discrimination of when or what to accept and adjust must be honed over time through practice.  The word ‘practice’ appears many times in this article, for without regular conscious practice, the desired result may be rather far off in the hustle and bustle of daily life.

Old proverbs are occasionally tossed around in conversations; however few use them as background for serious ponderings of their inner meanings and why they were once uttered and are still repeated.  It can be said that only the proverbs based on Eternal Truths (empirical or those based on certain surmises) remain alive.  One is reminded of them mostly if one has done or said something unsuitable for the circumstances.  There are however some people who collect and memorize dictums as an easy memo-technique to be applied in their own life or to remind others about long-known truths (which once upon a time may have come from higher sources of awareness).

Dictums are not based on higher awareness, but on practical experiences like ‘A stitch in time saves nine’, ‘An elephant can’t go through the eye of a needle’ or ‘The one stealing an egg can also steal a cow’ etc.  One can find such truisms in all civilizations and languages existing on earth.  Don’t forget, that before writing became as easy as it is today, such sayings were memorized and repeated over and again till they were firmly entrenched in the minds of the people and, actually, became a way of life.

Sri Sri Babathakur often used short, to-the-point dictums (that he referred to as ‘formulas’ in the course of His discourses).  In this way He attempted to help devotees master memo-techniques.  Such short sayings will, with some amount of practice, pop up in the mind to purify it.  Because they are easy to memorize, they are also easier to put into practice instead of long-winding explanations and elaborate quotations.
Posted by a quarterly spiritual e-magazine. at 10:25 PM