Democracy and the Practice of Religion 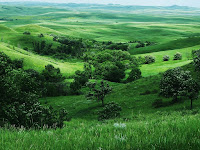 The two words in the title namely, Democracy and Religion, are words of profound significance. These are talked about a lot by the general public and widely referred to by the media. Believing that it will facilitate our understanding of this paper’s motto, we present a formal definition of each of the two words right at the start.

(1)  Democracy is a versatile word, and it influences both the thinking and the life style of the majority of world’s population.  For our purpose, we initially offer the conventional definition of democracy (which relates to the rule of the majority, ensured by choosing the government through free and fair elections held with the citizens electing their representatives).

(2)  Religion may be defined as a cultural system of beliefs and rituals that help to uplift humanity to spirituality. The ritual practices may include prayers, study of sacred scriptures and pilgrimage to holy places.  Its adherents form into a moral community called a religious group like the Hindus. In essence, Religion teaches us how to make the best use of present life to elevate jivaatmaa, the human spirit, to reach Pramaatmaa, the Supreme spirit.

It should be noted there is no scholarly consensus over what precisely is a democracy or a religion.  However, the two principles mentioned above are intimately linked because they impinge upon individuals as well as community life with the sole objective to ensure a decent, righteous life style.  It is known that Democracy influences Religious practices, and that Religion guides the unblemished behaviour of community members living under a democratic system. Therefore, in the following paragraphs, further elaboration on the two terms will be presented.

The word Democracy is derived from the Greek word Dēmokratía, literally meaning "rule by people” and stands for a system of government where the citizens cast their votes to elect their representatives as the members of a legislative body which form a government. We now turn our attention to the broader concepts of Religion.

Religion provides systematic answers to questions like:  ‘What is the main purpose of human existence?’ or ‘Is there a superior sense of life?  As a faith principle, it acts as a tool to place followers in harmonious relationships with both their own selves and with others in the world.

Often we are confronted with the question - ‘Are Democracy and Religion compatible?’  Put it another way, this query takes the form - ‘Does democracy interfere with religion?’ Liberal democracy allows everyone to practise their faith without government interfering with the religious aspirations of the citizens. Further, in a liberal democracy as we have in India, citizenship is not dependent on adherence to an official religion. Religion, therefore, is not a constitutive element of citizenship.

So far, an extensive discussion on Democracy and Religion has been provided. Now we present some thoughts which guide members of a community to lead a decent, religious life lived with dignity.  For this to be realized, we need spiritual guidance in life acquired by reading scriptures like the Upanishads, the Gita and mythological texts for enlightenment of the mind.


Scriptural texts are widely discussed and studied for the enrichment of the human spirit.  When we study scriptures, we do so as passive readers.  However if we sit at the feet of a guru to listen to his discourse, we are in direct contact with the provider of wise counsel.  We therefore wish to emphasize that spiritual advice received by those who are devotees of a guru have a real advantage over those who read only scriptures.  We note that by reading the sermons and listening to the discourses preached by a religious guru, the devotees will be ethically benefited.


Many of the members of Saccidananda Society were blessed and privileged to listen to Sri Sri Babathakur’s sermons.  For those who were not so fortunate, nothing to despair; the spiritual message of the Prajnanpurush are available in print as well as in video recordings and on the Internet.

We begin with his sermon that touches on the need for having a religious guru and we quote:


‘Obeisance to Sadguru who is Existence, Consciousness, Bliss, Love and Peace Absolute; who transcends all distinctions; who is everlasting; perfect, without form and qualities; and who is established in His Own Self. Guru is God and God is Guru, hence He is the Essence or Substratum of all.’   Sri Sri Babathakur

Another sermon dwelling on a similar theme goes like this: ‘Obeisance to Sadguru whose words reveal the essence of Truth/Reality of Supreme Brahman/Atman, dispel Maya, the darkness of ignorance, bestow the Bliss Absolute to the seekers of liberation and give peace to the heart of those whose intellect has become restless, unstable and bewildered due to the delusion of ignorance, and Who discloses the Supreme Reality, the essence of Knowledge of Oneness, perfect identity of Self and Brahman the Absolute.  I bow to the Sadguru who is the Absolute, everlasting and pure. He is indeed the whole universe. He comprises Brahma, Visnu and Siva in His Being. He is the highest God, the God of all gods and goddesses. He is the only Lord of all creatures.  Hence there is no God without Guru and no Guru without God. God is Self and Self is God. Guru is God and Self and vice versa. Guru is Divine-Self personified.’     Sri Sri Babathakur

The next sermon of Prajnanpurush is the ultimate saying: ‘by the complete Knowledge of the Self I-Reality, a man is sure to have liberation’.

Here is one that prepares the devotee to derive moral benefit from the guru’s message:

‘Guru is the embodiment of infinite mercy and love. He imparts right knowledge of His disciples. Before that He unfolds them the Science of self-discipline. Without the perfection of self –discipline and control of mind or intellect, disciple cannot grasp rightly or properly the instructions of Guru. One, with the perfection of self-discipline and perpetual control over mind or intellect alone, is entitled to follow and understand perfectly the ‘Science or Knowledge of Oneness’.    Sri Sri Babathakur

And lastly, the highest thing that a human can hope to achieve in life is the attainment of a moral and spiritual level where he/she can never deviate from the Truth.  The attainment is marked by a feeling of oneness with every being on the Earth.  This is God-realization, and lovers of God merge themselves in God.

We feel sure that by being attentive to the wise sayings of Sri Sri Babathakur, we will reach our goal of making our life spiritual and achieve salvation (Moksha, i.e. release from worldly sufferings).

Posted by a quarterly spiritual e-magazine. at 5:24 AM