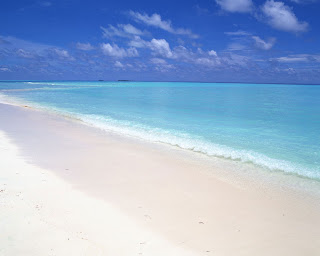 The title is French and means ‘already seen’. Quite a few times in this span of life, I have come across faces and places that appear to be uncannily familiar. I experience vibrations that produce a feeling of having seen that/been there before. Magical, that is.

Esoterically it is said that we are all connected to each other in one form or other since there is an affinity of souls. One I–Reality manifests as many and vice versa. To elucidate the point - there is One in many, and many in One. We are all units of consciousness personified and well connected to the collective soul, which is a part of Saccidananda Absolute, the Undivided Whole. This manifestation of Consciousness (i.e. Shakti or energized Consciousness or Creatrix) , is Maya at the outer gross plane, Mahamaya at the inner plane of consciousness, and the inherent source of Energy (i.e. Yogamaya of the Self). In scientific parlance, creation falls under the ‘Big Bang’ theory. First there was matter, then the evolution of various species followed. The mother is ‘Matter’ and the father is the ‘Supreme Being’, Puroshottama. This is the principle of creation. As a unit of awareness, we play the same role - knowingly or not. The not-knowing trend is solely due to our unawareness.

Basically the cosmic mind creates through imagination. The individual mind being part of the Cosmic mind, is participative in similar imagination. The Cosmic mind has a ‘will to do’, ‘will to enjoy’ and ‘will to know’. As a part of the cosmic mind, the individual mind has a similar faculty although not as powerful as that of the Cosmic mind. The brain is mind in the gross form which maintains body functions through sense organs and vital forces. The subtle functions of the brain are psychological - namely emotional and rational. Now-a-days, research on the functioning of the brain has discovered many things previously unknown. The mapping of brain surface contains information previously unheard of. Optic nerves induce image processing in the brain and storing of images in the memory cells (i.e. in the grey matters of the brain). A person’s recollects of something he sees, feels and enjoys is only possible due to mind’s consciousness. It’s as if a computer file along with its contents was recalled, and after enjoyment put back in the memory cells. No wonder pattern recognition is possible as we all experience déjà vu. With proper control of the brain, either by Yogic processes or through other scientific processes, man can ride a time machine or become a witness to his/her past lives through Hypnotic Therapy.

On any spiritual path deification is very common. It is beyond doubt that a personal form with attributes can be formed out of the impersonal form without attributes. So far so good! Trouble begins when one’s own imaginative icon clashes with the others. This iconic humdrum is owing to the spiritual ignorance of the unaware individual. In this connection, image formation and image processing technique is very helpful. Some love Krishna, some love Kali, some love Jesus… all these symbols are very healthy as far as faith, devotion and sincerity are concerned. Trouble comes when ‘my’ one is considered the only ONE and others are of a different kind.

Sri Sri Babathakur told us about I-Reality. This I-Reality is in you, in me, in every one. That is the background Consciousness of all. Various names and forms arise from there. On this I-Reality, superimpositions of 24 tattvas by the help of the Triple Gunas create enormous amounts of diversity that the I-Reality enjoys. So, do we understand (and pay attention) to the variations of the qualities that are due mostly to the Triple Gunas? The material elements are basically 5 in number, along with 5 organs of action and 5 organs of sense perceptions. Connected by 5 vital forces are five objects of sense perceptions and 4 aspects of inner sense-organ. The Purusha aspect of Jiva (man) has ‘Will to do’, ‘Will to be’ and ‘Will to know’ as they are parts of the “Sameside Sportful Game of Self-consciousness as the Divine will”, one of Sri Sri Babathakur’s dictums. This mind and memory, intellect and ego, the four inner organs, are manifested to feel the play on earth.

The idea of anything lies in one’s own innate desire in the mind. I-Reality is the Self Consciousness. Thus the playoff of the Real- I is sportful and sameside. One can rather easily quote that, but to live it requires help from the Sadguru who teaches us how to see the world. There lies the basic difference – no ‘my’-ness, only ‘I’-ness. There are three different states of our Being, namely:

Empirical Truth falls under material science - or rather under objective science. For this objective
science, I am the subject. Thus taking objectivity inward, to make all the objects in one’s own
consciousness self surrender, is possible. In this world of connectivity, it is statistically natural to
experience a similar kind of situation or to have the same kind of idea, which is often repeated just to tell us something. Déjà vu is quite common to a meditative soul, for the ideas imprinted at heart is often similar. Since space-time-event is stored in the brain cells, similar events at different space-time context can easily be pattern recognized. All we can say is: Deja vu

The illusory phenomenon repeats itself, making us more aware of the impermanence of the event along with its repetitive nature. By reason, we can penetrate the magic behind, but for an ordinary mind it is simply magic!

Posted by a quarterly spiritual e-magazine. at 7:03 AM